Nortel Networks Corporation (Pink Sheets: NRTLQ), formerly known as Northern Telecom Limited and sometimes known simply as Nortel, is a multinational telecommunications equipment manufacturer headquartered in Toronto, Ontario, Canada. On January 14, 2009, Nortel filed for protection from creditors in the United States, Canada, and the United Kingdom, in order to restructure its debt and financial obligations.

Eastman Kodak (Pink: EKDKQ) will win court approval to ax more people and sell units, a veteran bankruptcy lawyer said. But it won't get anything near full price for the units as well as for 1,100 patents that interest Apple (Nasdaq: AAPL) and Google (Nasdaq: GOOG) because of the stain of bankruptcy.

Curtains For RIM? Besides IBM, Are Microsoft, Samsung, Oracle Looking?

Shares of BlackBerry developer Research in Motion (Nasdaq; RIM) jumped on speculation IBM (NYSE: IBM) might be interested in part of the company. But others like Microsoft (Nasdaq: MSFT) and Oracle (Nasdaq: ORCL), might also want its technology, too.

Nearly two weeks after AuthenTec Inc. (Nasdaq: AUTH) advised the U.S. Securities and Exchange Commission it had agreed to be acquired by Apple (Nasdaq: AAPL), the world's most valuable technology company, for $350 million, Apple still hasn’t made an announcement nor filed its own SEC report.

RIM's Patents Valued At 85% Of Entire Company By CEO

BlackBerry developer Research in Motion (Nasdaq: RIMM) values its intellectual property at $3.37 billion, or nearly 85 percent of the value of the entire company.

Troubled BlackBerry developer Research in Motion (Nasdaq: RIMM), once the king of the smartphone hill with business, is scheduled to report first-quarter results after Thursday?s close.

Intel (Nasdaq: INTC), the No. 1 chipmaker, said it would acquire 1,700 patents from wireless specialist InterDigital Inc. for $375 million.

Paradigm Shift: As RIM, Nokia Plunge Could Windows 8 Be Too Late To Save Them?

Shares of InterDigital (Nasdaq: IDCC), a pioneer wireless software developer, tanked after missing first-quarter estimates, despite renewed reports it was engaged in a self-auction.

Now that Canadian telecommunications powerhouse Research in Motion (Nasdaq: RIMM) has a new boss and a new outlook, the BlackBerry developer is in play. Here are some prospective buyers.

Memo To Thorsten: Here's How You Can Rebuild RIM

Shares of AOL (NYSE: AOL), the seventh most-visited website, have gained nearly 7 percent this week after the company said a patent sale is an option to increase shareholder value.

Facebook has acquired hundreds of patents from International Business Machines Corp as the social networking company attempts to bolster its intellectual property portfolio in the wake of a lawsuit filed by Yahoo.

Ericsson Jobs On The Line In North America

Ericsson, the world's top mobile telecoms equipment maker, is to cut jobs at its North American operations as part of a continued drive for greater efficiency in a business seeing slower sales.

So, With $98 Billion Could Apple Buy Disney, Sony?

Apple’s directors dodged the question of what to do with nearly $98 billion in cash and investments that’s waiting to be used. Here's what they could buy.

U.S. and European regulators approved Google Inc's $12.5 billion purchase of Motorola Mobility Holdings Inc and said they would keep a sharp eye on the web search giant to ensure patents critical to the telecommunications industry would be licensed at fair prices.

Shares of Google are showing little reaction to approvals by both the U.S. Justice Department and the European Commission to its six-month pursuit of Motorola Mobility.

U.S. and European regulators approved Google Inc's $12.5 billion purchase of Motorola Mobility and said they would keep a sharp eye on the web search giant to ensure patents critical to the telecom industry would be licensed at fair prices. 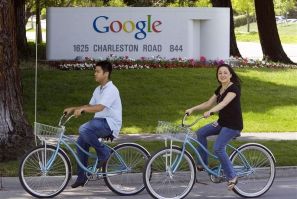 U.S. and European regulators approved Google Inc's $12.5 billion purchase of Motorola Mobility on Monday and said they would keep a sharp eye on the web search giant to ensure patents critical to the telecom industry would be licensed at fair prices. 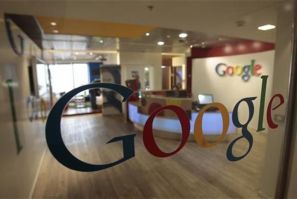 The U.S. Department of Justice is expected to approve of the transaction as early as this week.

The Justice Department will approve Google's $12.5 billion bid to acquire Motorola Mobility Holdings Inc, according to sources close to the antitrust review.

Furthermore, the department likely will approve a consortium led by Apple and Microsoft to purchase Nortel Networks patents for $4.5 billion. 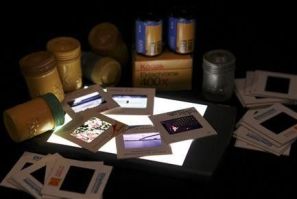 Shareholders of InterDigital, owner of wireless patents, got a rude awakening when it canceled its company auction only days after Eastman Kodak filed for bankruptcy after failing to sell 1,100 patents. Is the patent gold rush over?

Shares of wireless developer InterDigital plunged more than 20 percent Tuesday after the company announced an end to a six-month auction. Has the gold rush in IP ended?