U.S. law enforcement raided the home of a Donald Trump-era Justice Department official ahead of a Thursday hearing into the role that he played in the former president's efforts to overturn his 2020 election defeat.

Ivanka Trump told the House Select Committee that she believed former Attorney General William Barr when he dismissed claims of voter fraud in the 2020 election.

Russian President Vladimir Putin is rumored to be suffering from cancer or Parkinson's disease.

U.S. President Joe Biden on Wednesday called on Congress to pass a three-month suspension of the federal gasoline tax to help combat record pump prices, but opposition from lawmakers within his own party suggests the request is unlikely to be met.

Donald Trump is likely no longer in contempt of court for failing to comply with a subpoena in a New York civil probe into the former U.S.

The fourth day of the hearings in the U.S. Congress on the Jan.

A Delaware judge on Tuesday rejected a motion by the parent of Fox News Network to dismiss Dominion Voting Systems Inc's $1.6 billion defamation lawsuit over the network's 2020 presidential election coverage.

The U.S. Senate took an initial step toward passing the country's first major gun-control legislation in decades on Tuesday, galvanized by two mass shootings in a nation that has long struggled to curb chronic gun violence.

Donald Trump's sway with Republican voters faces a fresh test on Tuesday in Alabama, where congressman Mo Brooks will try to win the Republican U.S.

Analysis-Are High Prices Unpatriotic Or As American As You Can Get?

U.S. state election officials on Tuesday recounted how supporters of Donald Trump threatened, insulted and harassed them, sometimes turning up at their homes, after they refused to help the former president overturn his 2020 election defeat.

Neither Trump or DeSantis have publicly announced plans to run for president in 2024.

Kremlin Says Captured US Veterans Not Protected Under Geneva Conventions

President Biden indicated that gas rebate cards was "part of what" the administration is considering.

Eric Greitens, a Republican Party candidate for the U.S. Senate in Missouri, had an ad removed for advocating violence against "RINO" Republicans.

Republican Eric Greitens, who is seeking a U.S. Senate seat in Missouri, released a campaign ad on Monday depicting him and a group of armed men going hunting for "RINOS," or "Republicans in name only" - prompting social media platforms to flag or take down the video. 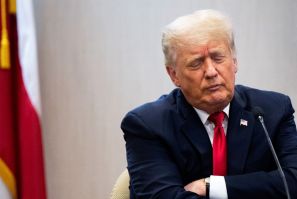 Over the weekend, former President Donald Trump assailed "stupid" Fox News for interviewing Bill Maher, though the comedian has made clear he never had a recent booking with the network. 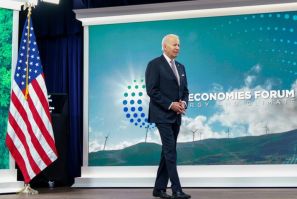 The House Select Committee said Trump's conspiracy theories about the election led to the riot at the U.S. Capitol. 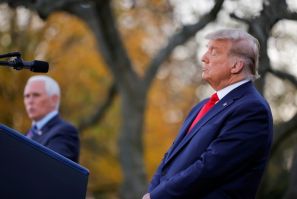 President Joe Biden fell off his bicycle on Saturday morning while riding near his home in Rehoboth Beach, Delaware. 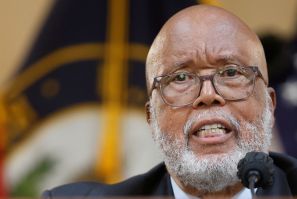 The U.S. House panel investigating the January 2021 attack on the U.S.