WebOS made an appearance on LG's developer website recently.

The California-based FireChat app's popularity exploded over a 24-hour period.

Here are some handsets that can resist more than a little bending.

The "experiential space," a few blocks from rival Apple's store, will be Microsoft's first-ever flagship.

Is It The Fappening All Over Again?

A third photo leak has surfaced on Reddit and 4chan forums, showing alleged photos of Jennifer Lawrence and Anna Kendrick.

Apple Attempting To Debunk 'Bendgate' With Its Own Test

Apple gave a few journalists an inside look at its testing facilities in response to iPhone 6 Plus bending issues, dubbed "Bendgate."

Intel Invests $1.5B In Chinese Chipmakers

Intel hopes to catch up to Qualcomm in chips powering mobile devices.

Apple's iPhone 6 Has Less Samsung Inside, And That's A Problem

From Chalkboards To Tablets

Microsoft and the NFL struck a partnership deal last year worth $400 million. But the game plan has led to some fumbles.

The iPhone 6 Plus' competitors performed better than the smartphone in a number of bend tests.

Your iPhone 6 May Survive A Brief Trip Into The Drink

Apple's smartphone may not be waterproof, but tests find that it may have the ability to survive brief submersion.

As China waits for the iPhone 6, Samsung is pouncing to launch the Galaxy Note 4 in China — weeks ahead of schedule.

All kinds of fraudulent purchases are popping up on some of the 56 million cards exposed in the retailer's data breach.

New Retina iPad Mini May Not Launch This Year: Report

Other than new models of the iPad Air and Retina iPad mini, Apple is also rumored to soon launch a larger iPad with a 12.9-inch display.

Samsung Pitches New Smartphone For US Market, The Galaxy Alpha

The introduction of the metal Galaxy Alpha has sparked a change in strategy for Samsung.

What A Difference 7 Years Makes

See the changes in iOS and iPhone through Apple's original smartphone and the iPhone 6 Plus side-by-side. 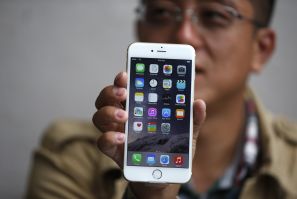 How Not To Charge Your iPhone

One thing you shouldn't do with your iPhone is toss it into a microwave to charge its battery. 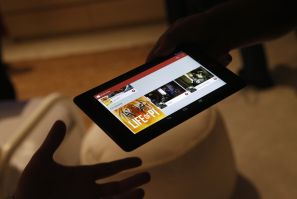 Google And HTC Team Up For Nexus 9 Tablet

Sources confirm that Google is working with HTC on the upcoming Nexus 9 tablet. 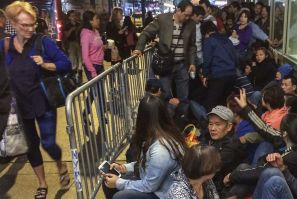 The front of many iPhone 6 lines were filled not with enthusiast Apple fans, but purported resellers looking to make a profit on the smartphone. 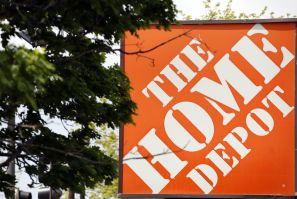 Home Depot will spend $62 million to clean up from the data breach that lasted from April through September. 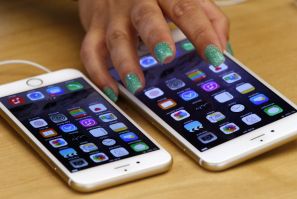 Merely hours after Apple opened its doors to the first iPhone 6 buyers, websites are already taking the smartphone apart. 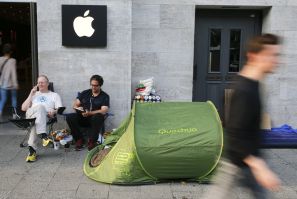 Jack Cocksey was one of the first people in Perth to have an iPhone 6, only to drop it on camera. 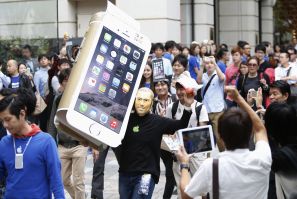 Wei Chu, a Chinese student, is offering to share his girlfriend to raise money to buy the iPhone 6.
Latest news
Want An iPhone 6? Here's How To Skip The Line
Samsung Waiting For iPhone 6 Hype To Die Down
Toshiba To Cut 900 Jobs
Here's 5 Gadgets That Will Make Your Life Easier
Samsung Sitcom 'Best Future' Features Pretty Young Employees Singing
EDITOR'S PICK