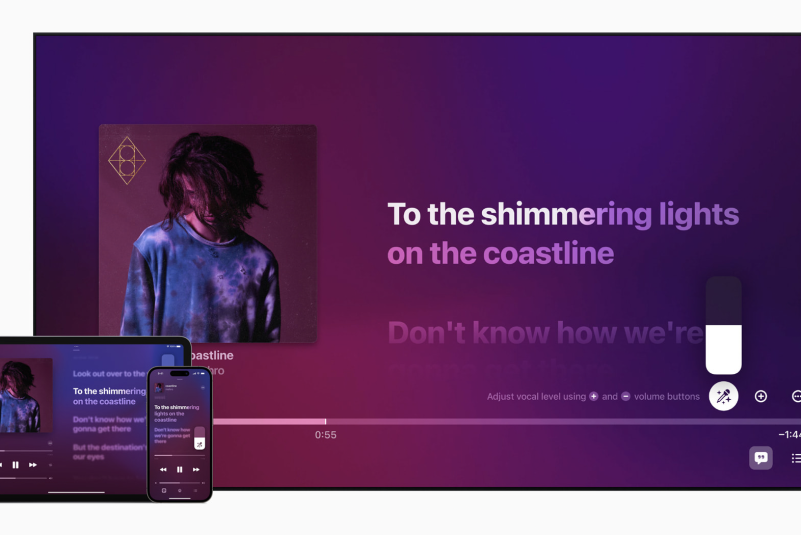 Apple Music Karaoke Feature To Launch Later This Month, Here's How To Get It

The feature, titled Apple Music Sing, provides users with adjustable vocals to sing alongside the original vocal artists or take the lead.

Meghan Markle is losing two employees in just a matter of days, according to a report.

New Artist Videos To Be Included In 2022 Spotify Wrapped

A new feature in this year's Spotify Wrapped may include videos from artists thanking their top listeners.

Kinsey Schofield believes that Meghan Markle is using "Archetypes" to respond to journalists Tom Bower and Valentine Low's accusations against her in their books.

The reality star launched her official social media account as a musician and dropped her new song.

Kinsey Schofield suspects that Meghan Markle may be gearing up for her latest big role.

The British journalist also urged Meghan Markle and Prince Harry to cancel the memoir release and produce a book on economics instead.

Blackpink is also the only K-pop girl group to surpass 7 billion streams on the music streaming platform.

Once the Spotify app is updated, users can access the test and view NFT galleries from select artists’ profiles.

Spotify on Thursday released the official title of Meghan Markle’s new podcast, “Archetypes,” and a clip of the highly anticipated project.

An Archewell Audio spokesperson said the studio had encouraging conversations with Spotify executives regarding the platform’s misinformation policies and practices.

HYBE Entertainment describes "Stay Alive" as a “nod to the characters in the story as they try to survive in a vicious world.”

Podcaster Joe Rogan has been offered a deal similar to his Spotify deal, although this deal claims it will not censor any of his content.

Dwayne “The Rock” Johnson acknowledged Joe Rogan’s repeated use of the N-word, calling the revelation a “learning moment.”

Podcast star Joe Rogan has apologized for continually using racist language in the early days of his show.

White House press secretary Jen Psaki has since commented on Spotify’s course of action in a press briefing Tuesday.

Joe Rogan Addresses Protests Over COVID-19 Misinformation: 'I'm Not Trying To Be Controversial'

Spotify said it will add a "content advisory" to any podcast episode that discusses the coronavirus.

Prince Harry and Meghan Markle expressed concern over the misinformation regarding COVID-19 on Spotify.

Twitter users shared mixed opinions after Spotify announced it is looking for producers for Prince Harry and Meghan Markle's podcast.

Spotify claims it is actively fighting COVID-19 mis- and disinformation in response to Neil Young, but Joe Rogan continues to spread harmful views about vaccines, treatments, and COVID-19.

Prince Harry and Meghan Markle have produced only a 2020 holiday special for Spotify since inking a podcast deal with the streamer in 2020.

The Weeknd surpassed Justin Bieber as the No. 1 global artist on Spotify.

Experts from the medical and scientific community lambasted Spotify over its content moderation policy after podcast host Joe Rogan shared an episode where he hosted a notorious COVID-19 skeptic.

Mariah Carey posted a photo of her holding the commemorative plaque from Spotify.
About Spotify