China's southwestern province of Sichuan will soon allow unmarried couples to have as many children as they want.

A Democratic president. A new Republican majority in the U.S.

President Joe Biden on Tuesday will visit New York City to tout new infrastructure funding for a critical underwater tunnel that connects Manhattan and New Jersey, an effort that has been mired for more than a decade in partisan bickering and ballooning budgets.

Biden Family Is 'Most Corrupt' In US Politics History, GOP Rep. Says 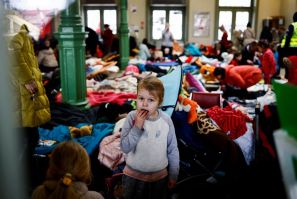