Tim Ryan and JD Vance are locked in a close race.

In-person early voting has began in Florida ahead of the 2022 general election with over 1.3 million ballots mailed in.

A $1 billion federal grant will provide about 2,500 electric school buses to school districts across the US.

House Democrats announced they have withdrawn a letter sent to President Biden urging him to reconsider the strategy in Ukraine.

DeSantis and Crist Debate Ahead Of Gubernatorial Election

Ron DeSantis and Charlie Crist faced off in Fort Pierce for their only debate ahead of the 2022 elections.

Senator Marco Rubio tweets about one of his campaign volunteers after they are attacked in Hialeah and neglects to mention the volunteer's white supremacy ties.

A Russian court rejected American basketball star Brittney Griner's appeal of her 9-year prison sentence, opening the door to her transfer to a penal colony.

The meeting between King Charles and incoming Prime Minister Rishi Sunak is set to take place at Buckingham Palace on Tuesday morning.

A shooting Monday morning in a St. Louis school killed at least two and wounded seven.

Ted Cruz Gets Flipped Off, Booed At By Yankees Fans At Stadium

Three people flipped the bird at the Senator as he waved to fans, while a fourth showed him a thumbs down.

Trump makes his first appearance since his subpoena was served on Friday by the Jan. 6 House Select Committee.

Families with missing children are urging US lawmakers to pass the bipartisan bill "Billy's Law," or the Help Find the Missing Act. 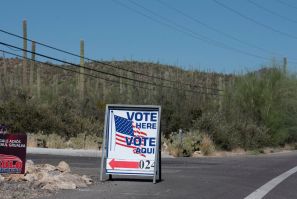 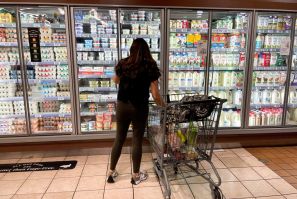 How Inflation Will Affect Midterm Elections

Inflation could be a hot-button issue that sees Democrats losing their grip. 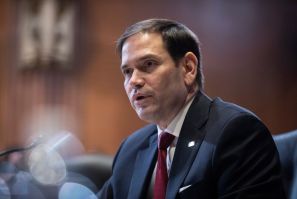 The exchanges between Florida Senate candidates Marco Rubio and Val Demings continued on social media after the debate on Tuesday. 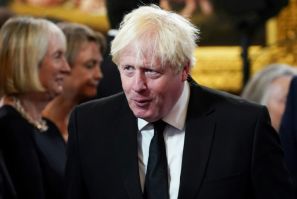 Sources close to Boris Johnson said he would likely go up against Rishi Sunak and Penny Mordaunt for leadership. 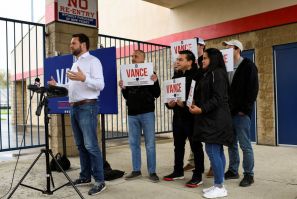 Rep. Tim Ryan and JD Vance have been locked in a tight race for the Ohio Senate in the last weeks before Election Day. Ryan holds a slim lead. 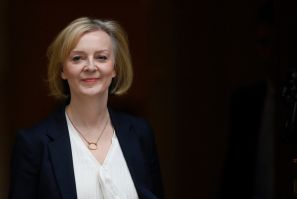 Truss, whose policies worsened the impact of the turbulent pound, becomes the UK's shortest-serving prime minister. 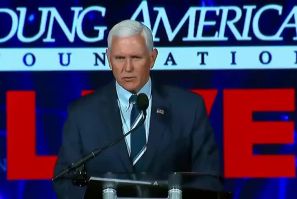 Pence drew applause from those still in the audience as he called out the students for "walking out on people that might have a different point of view."
Latest news
Stablecoin Regulations 'Probably Not Happening In Early 2023': US Congressman
SCOTUS Asked To Block Student Loan Forgiveness Plan
Fetterman Medical Report Shows 'No Work Limits' Following Stroke
New Migrant Center To Open In New York
Iran Facing EU Sanctions Over Russian Drone Sales
Rubio, Demings Face Off In Florida Senate Debate
The Geopolitical Impact on Rare Earths Has Two Fronts
Trump Once Boasted About Nuclear Weapons Putin, Xi 'Have Never Heard About'
Biden Job Approval Ratings Bounce Back
Biden Speaks Abortion Ahead Of Midterm Elections
EDITOR'S PICK