Access to Blizzard games in China set to end in January 2023 after partnership with NetEase ends.

Riot's champion team has teased three upcoming heroes alongside updates of existing ones in the coming updates leading up to 2023 and beyond.

Here's a look at Udyr's new look and revamped abilities after receiving a full VGU in "League of Legends."

Here's a quick overview of some best practices for the combat system in "Ruined King."

The highly-anticipated RPG was met with positive reviews right after popping out of thin air.

Learn how to play Caitlyn with this collection of tips and tricks for "Wild Rift."

"Arcane" has received massive praise from fans and critics alike, and it's not even finished yet.

5 'Arcane' Easter Eggs In Episode 1 Viewers May Have Missed

'Arcane': Everything To Know About Riot's Upcoming Animated Series

Here's an overview of the setting and characters involved in Netflix's upcoming series based on Riot Games' hit MOBA game.

Vex is the latest champion in "League of Legends" who's designed to fit a very specific niche.

Riot's virtual heavy metal band will be celebrating the release of their latest album with a brand new set of in-game cosmetics.

"League Of Legends'" newest champion is swinging into the game at the height of the franchise-wide Ruination event.

'League Of Legends': Sanguine Blade Is Getting A Replacement

The Sanguine Blade in "League Of Legends" is getting replaced by a similar item of questionable value.

A quick beginner's guide on how to play Irelia, one of the newest champions in "Wild Rift."

'League Of Legends: Wild Rift' Guide: How To Play Riven

A short collection of tips on how to play Riven, The Exile, in "Wild Rift."

'League Of Legends: Wild Rift' Will Get 2 More Champions In Patch 2.3

Another pair of champions are set to be released later this month in "Wild Rift."

"Wild Rift" is receiving its first pair of new champions for the release of Patch 2.3 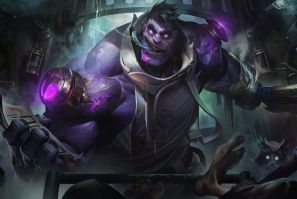 The long-awaited rework for the Madman of Zaun has finally been revealed in an official post from Riot Games. 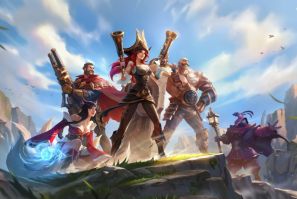 'League Of Legends Wild Rift': What Are Nemesis Duels?

Check out this brief overview on the reintroduced Nemesis mechanic for "Wild Rift."

"League of Legends" players who purposely abandon a game or leave it on AFK, especially repeat offenders, will face stiffer sanctions under the new behavioral system implemented by Riot Games.

More content is heading to "League of Legends: Wild Rift" in the latest 2.2a patch. 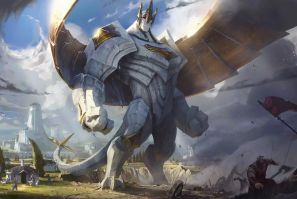 Here's a collection of builds and tips on how to play Demacia's guardian gargoyle. 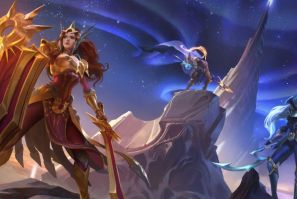