At least six people have been killed and 53 others have been wounded Sunday in Istanbul after an explosion rocked a busy pedestrian street.

The blaze set off the school's fire safety alarm, after which the school staffers notified the authorities.

A video of the explosion has gone viral on social media.

A package exploded Tuesday night at Northeastern University, injuring a staff member, according to the school and police.

The exact cause for the explosion has not been determined yet.

"We couldn't believe the captain just left us like that – he was running off to safety and we were all sat there like lemmings," a passenger said describing the incident.

Authorities said the smoke and vapor from the fire have affected about 200 households in the nearby areas.

Investigators do not suspect any nefarious intentions behind the incident. "I think it was just a curiosity thing," an officer said.

The incident occurred in the Hallam neighborhood of Melbourne on Saturday.

"There was no hesitation. They ran right in. We are very lucky today to save a life," Capt. Anthony Mascia, who was part of the rescue operation said.

Local officials said the bank that was destroyed in the blast was under notice to vacate.

"It took more than two hours to get the baby out," a fire department official said.

The boy connected the mobile battery to a live wire, causing the blast.

Wife Kills Husband, Tries To Dispose Of Body In Chemicals Causing An Explosion

Neighbors who heard the loud sound alerted the police.

The girl and her two friends, both boys aged 9 and 10, were playing when they came across a round object in an abandoned house.

The officer was taken to a hospital for smoke inhalation.

A 26-year-old British student claimed his $230 Calvin Klein tracksuit saved his life during a gas explosion in April.

A neighbor says she heard gunshots followed by the sound of two explosions. 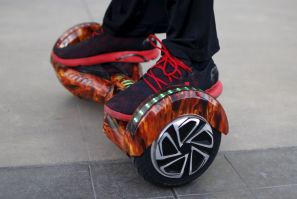 The family said they had purchased the gadget a few weeks ago from a person, who told them it was about a year old. 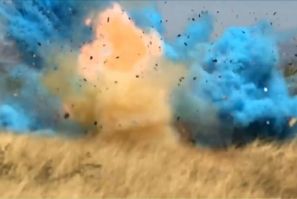 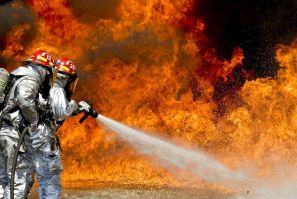 The hero had a large nail stuck in his heels after his rescue operation.

It's believed that the fire was sparked by commercial-grade fireworks. 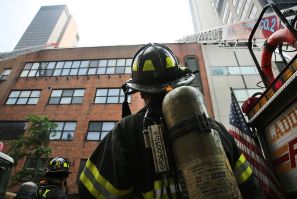 A manhole explosion in Manhattan left some New Yorkers without power. 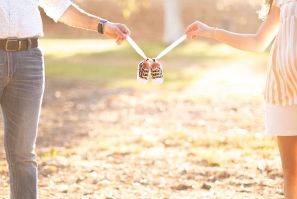 His brother, who was helping him build the device, was hurt in the explosion. 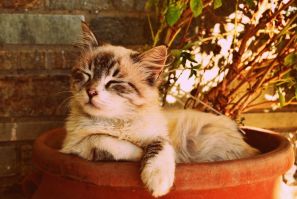