A lawyer, according to Black's Law Dictionary, is "a person learned in the law; as an attorney, counsel or solicitor; a person licensed to practice law." Working as a lawyer involves the practical application of abstract legal theories and knowledge to solve specific individualized problems, or to advance the interests of those who retain (i.e., hire) lawyers to perform legal services.

Efforts by Prince William and Kate Middleton's lawyers were made on Monday regarding topless photos taken of Middleton while she was on vacation when they asked a French court to stop further publication, Business Week reported.

Sandusky to be Sentenced After October 9 Predator Hearing

The convicted child molester faces up to 373 years in prison.

The former CEO of French oil corporation Elf Aquitaine, Loik Le Floch-Prigent, has been extradited from the Ivory Coast to Togo on charges relating to a $48 million fraud scheme. The funds in question were contained in a Togolese bank account belonging to the former military ruler of the Ivory Coast, Robert Guei, who was killed in 2002. Le Floch-Prigent had previously been convicted in France for embezzlement of hundres of millions of dollars in public funds during his time as head of Elf.

Usher Admits To Oprah That He Was Not Ready To Marry Tameka Foster, And Opens Up About Cheating Allegations

Usher sat down with Oprah at his home in Atlanta for the first candid interview since he filed for divorce in 2009 with his ex-wife Tameka Foster, and his revelations were shocking

The First Lady of France, Valerie Trierweiler, won damages against a French magazine that published photos of her wearing a bikini on a beach. Perhaps Kate Middleton -- who has suffered the indignity of having topless photos of herself printed in France -- could take some inspiration from this.

The British Royal family may have another nude photo scandal on their hands. A french tabloid, Closer, published a five-page spread of Kate Middleton sunbathing topless with her husband, Prince William.

A hacker that claimed to be a part of the group Anonymous published a text file on the Internet Thursday in an apparent retaliation for the arrest of ex-Anonymous spokesman Barrett Brown. Talking Points Memo reports that the document (which you can find here) contains the authentic names, credit card data and other information about a random series of 13 government employees.

The trailer for "Texas Chainsaw Massacre 3D" has been released, along with a detail and spoiler filled plot summary.

We Arrived in a Cargo Ship’: Dead Ambassador Chris Stevens’ Work in Libya

During the 2011 uprising against Colonel Gaddafi he became the chief liaison between the U.S. and the Transitional National Council (TNC), acting as a vital go-between for the rebels.

Eastman Kodak (Pink: EKDKQ) will win court approval to ax more people and sell units, a veteran bankruptcy lawyer said. But it won't get anything near full price for the units as well as for 1,100 patents that interest Apple (Nasdaq: AAPL) and Google (Nasdaq: GOOG) because of the stain of bankruptcy.

Turkish PM: 'We Will Host Al-Hashemi As Long As He Wants'

Turkey's Prime Minister said on Tuesday that exiled Iraqi Vice President Tareq al-Hashemi will not be extradited to Iraqi to face the death penalty. 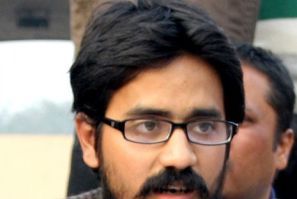 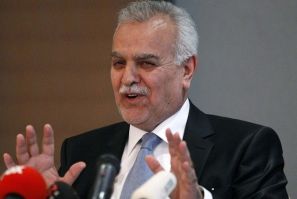 Former Iraqi Vice-President Tareq al-Hashemi has been sentenced to death in absentia for the murders of two people, and is due to be sentenced for 150 other charges of violence between 2005 and 2011. Meanwhile, sectarian violence between Sunni and Shitte Muslims in Iraq may be growing. 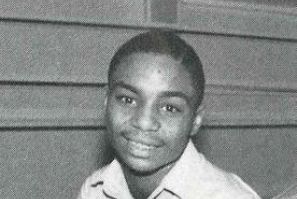 Terry Williams, who has spent nearly his entire adult life in prison, allegedly experienced long-term sexual abuse at the hands of the man he murdered in 1986.

Activists have filed a formal complaint with the state’s chief justice and also introduced an online campaign to condemn the judge and remove him from the bench. 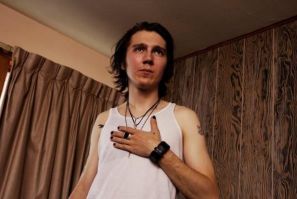 After displaying a knack for formidable roles in such films as "Little Miss Sunshine" and "There Will Be Blood," Paul Dano has proved to be one of the most promising young actors in Hollywood.

Indian Judge Says It Is 'OK' To Beat Wife, Gets Flak For His Sexist Remark

A high court judge in India has come under attack after he said that it was okay for a man to beat his wife as long as he took good care of her.

The Plight Of Nigerian Girls Trafficked Into Prostitution In Italy