The State of Art: How Artists like Sandy Cohen are Navigating the Contemporary World of Art

The art industry has a dynamic history filled with evolution and change.

A Somber Symbol Of Peace

As carnage erupted in Paris late Friday, French designer Jean Jullien tapped into the mood of the world with his Eiffel Tower peace sign.

The mother-of-three proves there's no excuse to look less than your best in new nude photo shoot.

More than $2 million was raised in less than a week to help being and end to bonded labor in the Middle Eastern country.

Madame Tussauds has also issued a statement after several pictures of men and women with the statue started circulating online.

Official media say Ai Weiwei should now steer clear of politics and get closer to the people, but Internet users defend him as China's "conscience."

Officials are trying to stop antiquities smuggling, but may be digging themselves into a hole.

In a landmark week for the art world, Louise Sacco of the Museum of Bad Art talks about why great art isn't the only kind that matters.

Why The Ultra-Wealthy Are Snapping Up Modern Art

Many have pointed to Christie's record-breaking $1 billion auction week as a sign of widening global income inequality.

Prominent performance artist and sculptor Chris Burden has died in his home outside Los Angeles.

Trimpe passed away on Tuesday. His career featured some legendary works in the comic book industry.

Van Gogh wrote his brother Theo more than 600 letters. They are where most of his quotes come from today.

Sukumaran's portrait of Indonesian President Joko Widodo was due to be sold at the exhibit.

The Grammy Awards were an eventful night for Kanye West and Kim Kardashian.

If the price were confirmed, then Paul Gauguin's "Nafea Faa Ipoipo" would have fetched what may be the highest price ever paid for a piece of art. 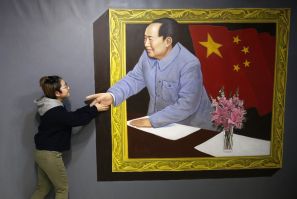 In China, Artists May Be Next Target Of Anti-Corruption Purge

China has exerted control over culture and academia recently, but art sales have also been a vehicle for bribery. 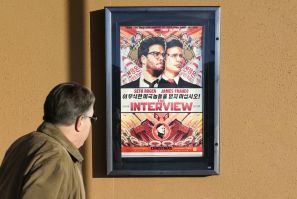 Twittersphere Reacts To 'The Interview'

Twitter was lit up by reactions to the comedy about a plot to assassinate North Korean dictator Kim Jong Un. 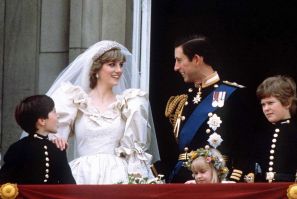 Have you been curious what the deaths of famous people smelled like? A Dutch museum thinks you should be. 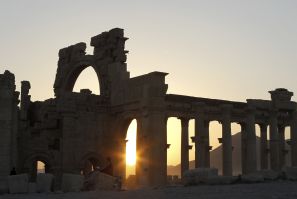 The Stolen Antiquities Of ISIS

ISIS has oil, but it also benefits handsomely from the sale of stolen ancient artifacts. The West is a big customer. 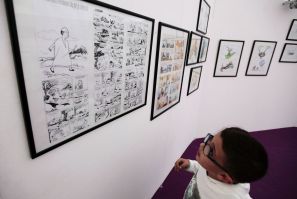 "Calvin and Hobbes" illustrator Bill Watterson released new artwork Wednesday, but it doesn't include his two most famous characters. 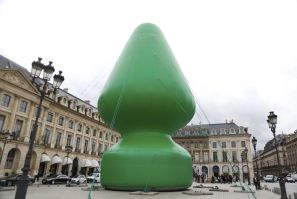 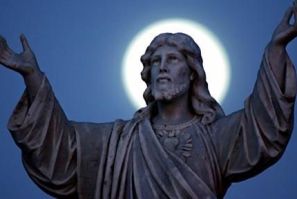