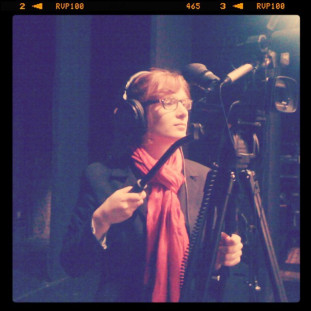 Mathilde Hamel is a world intern reporter at IBTimes. She has written for the French local newspaper Paris-Normandie and for the blog of The New York Times The Local. She has also anchored and produced videos for the TV magazine 219 West on CUNY TV.

Mathilde likes to travel. She has lived in Australia and England, and sometimes goes back to her native France.

She is currently a student at the CUNY Graduate School of Journalism.

Angela Merkel Coasting To Re-Election, But Social Democrats May Surprise Her

The chancellor ranks high in polls surveying her fellow Germans. But the only poll that counts is on election day, 45 days away.

'The Voice Of Afghanistan,' A Reality TV Show That Kabul Conservatives Hate

The Voice Of Aghanistan has sparked some outrage recently has some conservative politicians.

Will Dominique Strauss-Kahn Go Work For The Government Of Serbia?

Serbia's government is hoping to see Dominique Strauss-Kahn join as an adviser as the country is trying to enter the European Union and get its economy back on track.

Russian President Vladimir Putin may or may not have caught a big fish while in Siberia.

Caroline Criado-Perez received rape threats on Twitter after she launched a campaign to have Jane Austen appear on the British 10-pound notes.

Mohamed Brahmi, the leader of the opposition party in Tunisia, was killed with the same gun that was used to murder Chokri Belaid, his predecessor.

Could A Big Blue Rooster In Trafalgar Square Spark Diplomatic Row Between Britain And France?

A contemporary sculpture representing a blue rooster was inaugurated on Thursday by London's mayor, Boris Johnson.

The U.N. decided the world needs a Toilet Day. That's because more than 2.5 billion people do not have access to decent sanitation.

On Tuesday, hundreds of Bulgarians asking for the prime minister's resignation trapped MPs and journalists in the parliament building.

Tunisian FEMEN Activist On Trial For Assaulting Guards In Prison, While Awaiting Trial On Unrelated Charges

Amina Sboui, a Tunisian FEMEN activist, is on trial this week, after she accused prison guards of mistreatment.

One-hundred-forty-million children will get married between 2011 and 2020 in the developing world. People in rich Iceland want to do something about it.

An identity check on a full-face veiled woman triggered riots in the French small town of Trappes.

On Wednesday, a European-wide raid was organized to dismantle a far-right movement called "werewolf."

Maritime Piracy Declines Acrosss The World, Except Off The Coast Of West Africa

The International Maritime Bureau says that piracy is declining around the world, except off the coast of West Africa.

Last Friday, Ireland passed a bill on abortion: Women can now have an abortion if their lives are in danger.

Fabrice Tourre, also known as "Fabulous Fab," is heading to court on Monday after being accused of knowingly selling bad investments.

Never Heard Of Bastille Day? Neither Have I, And I Am French!

A holiday by any other name is just as French. Even in Wisconsin, it turns out.

July 14 is France's biggest national day, but the parade on the Champs-Elysees that celebrates it will suffer from budget cuts.

It's Not Just The NSA Snooping: The French Do It Too, And Without Judicial Supervision

Paris is protesting loudly against Washington's snooping, but according to revelations by Le Monde, it does the same -- and worse.

Polls suggest that Vitali Klitschko, the boxing champion, has a chance to be the next president.

Where Are Didier Francois And Edouard Elias? French Journalists Missing In Syria

Didier Francois and Edouard Elias, two French journalist for the French radio station Europe 1, have been missing in Syria since June 6.

Erasmus, launched in 1987, has now become a tool for millions of students across the EU to train for a job.

The leader of the protest group famous for topless demonstrations flees her native Ukraine for Paris.

The Union for a Popular Movement party is nearly bankrupt and that could doom Nicolas Sarkozy's political comeback.

Who Is King Albert II, The Monarch Who Abdicated The Throne Of Belgium

Albert of Belgium wasn't even supposed to be king. But after finding himself thrust into the role, he was widely praised.

Delphine Batho, the French environment minister, was let go by President Francois Hollande after she criticized the 2014 budget for her department.

Portugal's minister of finances resigned on Monday, after engineering massive bailout plan designed to get the country out of recession.

National Skip School Day: 5 Ways To Pack In A Lot Of Fun

National Skip Your School Day is observed on Dec. 2 to encourage students to bunk school for a day and have fun.