Apple has canceled some Apple Arcade games in development as it shifts to a new strategy meant to gain and retain more subscribers.

Apple is still working on bundle offerings that will combine several services into a cheaper package, a report reveals.

Apple TV+ Not Enjoying Bump In Subscribers Amid Coronavirus Pandemic

Data reveals that Apple's TV subscription service, Apple TV+, isn't seeing a rise in the number of subscribers even with people staying at home amid the COVID-19 pandemic.

Apple TV users, whether the Apple TV 4K or Apple TV HD, might be surprised to see some of the apps on their Apple set-top box greyed-out as if something's wrong with them. Here's how to fix that.

A noted leaker reveals that Apple has a new Apple TV device coming real to the market real soon.

Refinitv, a global provider of financial market data, expects Apple to report a 6% drop in revenue and an 11% fall in net income in the second fiscal quarter of the year.

Apple TV Tip: How To Turn Off Device Sans Off Switch

Here's how to turn an Apple TV off despite the lack of a power switch.

A new report reveals that amid the current coronavirus problem, Apple has found a way to continue working on its devices in order to be able to release them during the year.

The Apple TV has a unique way of installing and deleting apps on itself which new users will have to learn first.

The Cupertino tech giant recently held its shareholder meeting where some noteworthy details about the company and its products were shared.

Apple TV Tip: How To Use New Data-Saving Features

Watching videos on Apple TV can easily eat up a consumer's data allocation every month. Thankfully, Apple is introducing a new feature that will help users save data with every video or show that they watch.

A new set of codes on the recently rolled out Apple tvOS 13.4 may have hinted that the Cupertino company is working on a new TV 4K hardware.

Apple Wants Apple TV+ To Be The Next HBO

Salt Apple Remote vs. Siri Remote: Which Is Better?

In Switzerland, Apple worked with a local provider to make another remote control for Apple TV. Is it better than Apple's own Siri remote?

YouTube App Tip: How To Use Voice Search Feature For Smart TV

Google has added a new feature to the YouTube App for iOS. The app now has a voice search feature that allows users to search for anything they want on YouTube while they are casting to a smart TV. Here's how to use it. 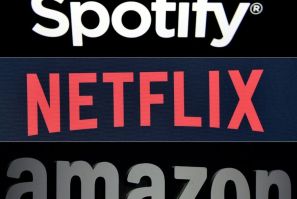 Heading into 2020, industry insiders examine the next stage of streaming and the inevitable issues that will arise with more and more platforms. 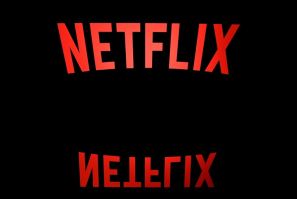 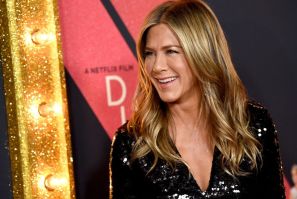 Jennifer Aniston makes millions off the massive popularity of the "Friends" sitcom which aired more than two decades ago. However, she is also raking it in via endorsements and movies in recent years. 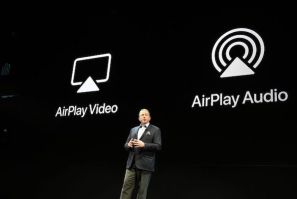 AirPlay 2, HomeKit Tip: How To Set Up On Sony Smart TVs

Tech giant Sony has finally provided support for AirPlay 2 and HomeKit on its latest and most popular smart TVs. These new features will allow users to enjoy their TVs and use them easier. That said, what do these features do and how can they be used in Sony TVs? Here's how. 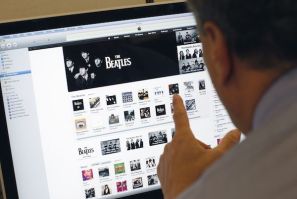 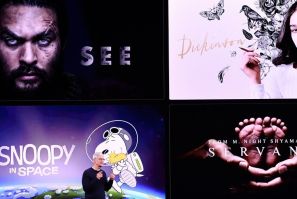 Apple is reportedly planning to introduce bundling program, which is a great strategy to capture maximum consumer surplus. 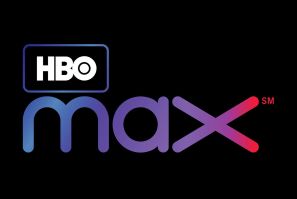 Classic horror novels by Scholastic and R.L. Stine are coming to HBO Max with a contemporary twist.
Latest news
Apple AirPlay 2 Support Coming To These Speakers And Receivers
Apple TV+ vs. Disney+: Which Is The Better Streaming Service?
Jennifer Aniston Offered To Star In 'Big Little Lies'?
iPhone 11 Tip: How To Download Movies, Shows From Apple TV+
Apple TV+ Competitor NBC Peacock Reportedly Free For Everyone But There's A Catch
EDITOR'S PICK