House Democrat Changes Stance On Whether Biden Will Seek Reelection

Rep. Carolyn Maloney, D-N.Y., was asked if Joe Biden should run for president in 2024.

House Democrats will introduce a bill to prohibit stock trading among members of Congress along with their families and senior staff.

Rep. Madison Cawthorn may be in trouble with the FEC over campaign finance violations, according to a recent report.

Technology companies could have their data bought by data brokers which could hand over that data to prosecutors seeking abortion providers and seekers.

'Occupy Wall Street, All Day, All Night,' Protesters Shout On The One-Year Anniversary Of The OWS Movement

Today marks the one year anniversary of the Occupy Wall Street movement, and citizens have come together once again, to be heard and to protest against the so-called one percent

The video, released on Thursday, highlights the pledges President Obama has kept since entering the White House. But what promises hasn't he kept?

Democratic National Convention Schedule: Who's Speaking And When On Wednesday

The Democratic Party's quadrennial nominating party is underway, and the days preceding President Obama's climactic acceptance speech are crammed with party luminaries and promising up-and-comers. After First Lady Michelle brought down the house on Tuesday night, here's a list of what lies ahead:

Castro, already being hailed as a rising star in the Democratic Party, gave a much-praised keynote speech at the convention Tuesday when he made his national debut. But he has been a prominent presence in San Antonio's Chicano community since his teen years.

Former U.S. intel chief Michael Hayden talks about the known-unknowns of an attack on Iran, questioning whether Israel had the ability to take unilateral action against Tehran.

The Rev. Sun Myung Moon -- a self-proclaimed messiah from South Korea who founded the Holy Spirit Association for the Unification of World Christianity, or Unification Church, businessman, convicted U.S. tax evader and friend of North Korea -- died at the age of 92 on Monday.

A comparison of past RNC platforms truly demonstrates how far the party has swung to the right. 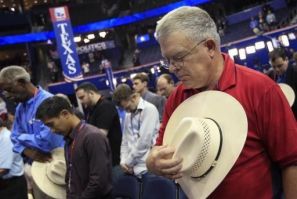 In a first of its kind, a Sikh American delivered the invocation at the Republican National Convention (RNC) Wednesday night, CNN reported.

A federal court ruled Tuesday that Texas' redistricting maps discriminate against black and Hispanic voters, effectively killing the new districts before they could take effect for the November election.

Meet Mia Love: Black. Mormon, Republican, And A Star In The Making

The congressional candidate and RNC speaker could be the first black Republican woman elected to the House of Representatives.

GOP Convention: In Tuesday's Speakers, Different Faces Of The Party

One man has struggled to rein in a fractious tea party wing of his party, another harnessed those tea party-affiliated voters to become Mitt Romney's most formidable challenger, and the last could be standing where Romney is in 2016. 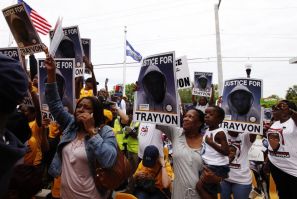 Five more major companies said they had quit the controversial conservative American Legislative Council, a Washington, D.C., based body that lobbies for right-wing legislation such as “stand your ground” laws in state legislatures. 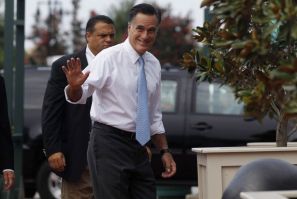 Mitt Romney's official coronation as the Republican Party's presidential nominee will be delayed by Mother Nature, and it could be an obstacle for the big-picture goal of the Republican National Convention. 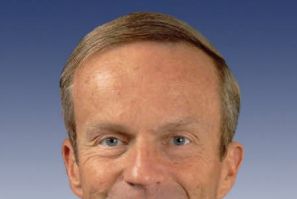 Todd Akin Is The New Face Of Ideological Conservatism, But His Campaign Cash Doesn't Back That Up