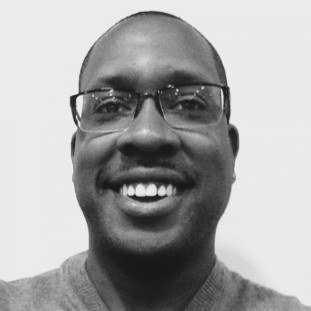 Nancy Reagan, who died at age 94, is remembered for her "Just Say No" effort against drug abuse. But data suggest it didn't produce the desired results.

After the court’s ruling, the trials of five other officers charged in the death of Freddie Gray are likely to proceed, with William Porter’s testimony.

Since December attacks against the American Sikh community have increased by an estimated 300 percent.

Hillary Clinton bristled when pressed to explain why African-Americans should trust her on criminal code reform.

The former secretary of state and U.S. senator from Vermont were jockeying to show which of them would be a better leader in times of crisis.

Both candidates have made previous visits to the crisis-struck eastern Michigan community.

The auditorium hosting the debate has an expected audience capacity of more than 1,300.

In Flint, Water Crisis Was Last Straw For Residents Looking For Hope In 2016 Presidential Candidates

Residents of this city say they want a president who will hold Michigan officials responsible for longtime financial woes and the lead-poisoned water crisis.

Men and children are also welcome to participate in the annual celebration, which typically falls on the first Friday of March.

The city’s mayor and police chief requested the review after confrontations with activists that had been camped outside the police station.

Donald Trump’s promise of tighter policing and measures to halt illegal immigration has not gone unnoticed in Central America and in U.S. cities where undocumented immigrants reside.

"The people of Flint deserve more than to be a backdrop to a debate," the coalition said.

While offering praise, those groups also warned of another measure that would discriminate against South Dakota’s transgender athletes.

Many Asian-Americans say they are tired of being the butt of jokes at the expense of an apparent double standard.

Researchers have said the U.S. electorate in 2016 will be the most diverse in the nation’s history.

“If [the academy] nominated hosts, I wouldn’t even get this job,” the comedian said in his opening monologue.

Ahead of Saturday's Democratic primary, a black activist brings up a controversial comment the former first lady made in 1996.

If the billionaire businessman becomes the Republican nominee, the poll suggests he would not do well enough with Hispanics in a matchup against Hillary Clinton.

Oscars 2016: List Of Black Directors, Actors Not Attending Academy Awards And What They Are Doing Instead

Several black Hollywood actors are scheduled to attend an Oscars night benefit for the victims of the water crisis in Flint, Michigan.

Immigration Reform In NYC: Voting Rights For Legal And Undocumented Immigrants Proposed For 2017

The proposal could be introduced in the City Council this spring and take effect in 2017, immigrant rights supporters say.

Ahead of Monday’s speech to state executives, the president indicated that state-level voting rights would be a focus of his final year in office.

The group is set to discuss issues of equality, justice, police accountability and gun violence, in nearly a dozen forum events.

Asian characters were missing from more than half of TV and movie content produced over the last two years, the study finds.

Malcolm X Assassination And Death: Facts About The Civil Rights Icon’s Murder More Than 50 Years After He Was Killed

The famous leader of black Muslims had renounced some of the separatist views for which he’d become known.

Mining companies and governments in Africa are calling for stronger trade ties with the United States after a new climate law set out incentives for U.S.

US Currency To Bear Signatures Of Two Women For First Time

US currency to bear signatures of two women for first time

Judging by Friday's quiet streets in the heart of China's capital and city eateries adherence to virus curbs, the anxieties created by the 'zero-COVID' regime could hinder the world's second largest economy's return to health.

Prince Harry and Meghan Markle signed a $100 million deal with Netflix in 2020.