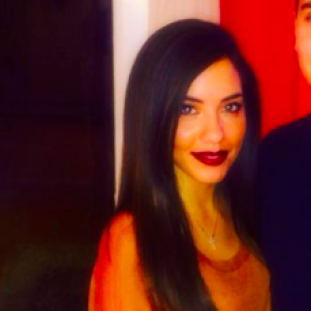 Juliana joined IBT as a breaking news and science reporter in September 2016. She hails from Long Island and is a graduate of the Newhouse School at Syracuse University.  She has covered a variety of topics for different outlets including the Syracuse Post-Standard and spent some time as a television reporter. She can usually be found exploring New York City or reading her latest favorite book. Email her at j.pignataro@newsweekgroup.com.

An Alabama teacher jailed for having sex with students is fighting back against the law that landed her behind bars.

A missing hiker was found alive Friday after disappearing in the Tom Dorman State Nature Preserve in Kentucky.

Who Is Ian MacPherson? Man Sentenced To Psychiatric Institution After Shooting 2 Police Officers

Nathan Carman's grandfather was shot to death in 2013, while his mother disappeared at sea during a boating trip they were on together.

Passengers were ejected from a hot air balloon after it crashed east of Melbourne, Australia, Wednesday.

Amtrak Crash South Carolina: Engineer Worried About Getting Killed In Accident Before Death

The engineer who died in Sunday’s Amtrak crash previously expressed concerns about his safety on the train, according to his brother.

John Skelton, the father of three missing Michigan boys, said he gave his sons away for them to live on a farm in Ohio.

Philadelphia’s 41-33 win over the Patriots Sunday marked the first time the Eagles ever won the Super Bowl.

Samuel Woodward, the man accused of killing University of Pennsylvania student Blaze Bernstein, was scheduled to appear in court for an arraignment Friday.

The father of three girls who said they were abused by Larry Nassar lunged at the former gymnastics doctor during his sentencing hearing.

Morgan Geyser, one of the defendants in the “Slender Man” stabbing case was sentenced to 40 years in a psychiatric institution.

Alexandria Duval Trial: Everything We Know About Woman Accused Of Murdering Twin By Driving Off Cliff

The trial for Alexandria Duval, who was accused of murdering her twin sister by driving their car off a cliff, was expected to come to a close Thursday.

More than 37 years after the death of actress Natalie Wood, then-husband Robert Wagner was named a person of interest in her death.

Police released the identities of those who died in a helicopter crash in Newport Beach, California Tuesday.

Russia ‘Has Something’ On Trump, Congresswoman Frederica Wilson Claims

Congresswoman Frederica Wilson said President Donald Trump did not impose sanctions on Russia because the nation "has something" on him.

Alexandria Duval dressed up as her deceased twin after she died, according to her late sister's boyfriend.

An internal document regarding missing Argentine submarine the ARA San Juan revealed that the vessel was “limited” in how deep it could go.

Mariah Woods Cause Of Death: Missing Toddler Killed With Chloroform

Adolphus Earl Kimrey was charged with first degree murder in the death of 3-year-old Mariah Woods.

California Torture House: Everything We Know So Far About Turpin Family Case

New details have continued to surface about a house of horrors in Perris, California, where 13 siblings were found chained up and being held captive by their own parents.

The engineer on the Amtrak train that derailed in Washington said he applied the brakes as the train approached the curve, according to a report released Thursday by the National Transportation Safety Board.

Who Is Aaron Persky? Judge In Brock Turner Sexual Assault Case Could Be Removed From Bench

A petition to remove Judge Aaron Persky is headed to a vote in California.

The ex-wife of late South African activist and president Nelson Mandela was admitted to the hospital this week.

Bullied Students Could Get Private School Vouchers In Florida

A bill put forth by the Florida Senate would allow bullied students to transfer to a private school.

Danish inventor Peter Madsen, who was charged with the murder of Kim Wall, tied up and tortured the journalist before killing her, according to a new indictment.

A shooting was reported at a high school in Marshall County, Kentucky, Tuesday morning.

Dylan Adams had until Monday to reach a plea agreement in the murder trial of Holly Bobo.

U.S. Central Intelligence Agency Director William Burns said on Thursday that Chinese President Xi Jinping's ambitions toward Taiwan should not be underestimated, despite him likely being sobered by the performance of Russia's military in Ukraine.