The New York Times is an American daily newspaper founded and continuously published in New York City since 1851. Although it remains both the largest local metropolitan newspaper in the United States as well as third largest overall behind The Wall Street Journal and USA Today, the weekday circulation of the paper has nonetheless fallen precipitously in recent years to fewer than one million copies daily for the first time since the 1980s. Nicknamed "The Gray Lady" and long regarded within the industry as a national "newspaper of record," the Times is owned by The New York Times Company which also publishes 18 other regional newspapers including the International Herald Tribune and The Boston Globe. The company's chairman is Arthur Ochs Sulzberger Jr. whose family has controlled the paper since 1896.

The paper's motto, as printed in the upper left-hand corner of the front page, is "All the News That's Fit to Print." It is organized into sections: News, Opinions, Business, Arts, Science, Sports, Style and Features. The Times stayed with the eight-column format for several years after most papers switched to six columns, and it was one of the last newspapers to adopt color photography. The Times has won 101 Pulitzer Prizes, the most of any news organization.  Its web site was the most popular American online newspaper Web site as of December 2008, receiving more than 18 million unique visitors in that month.

Six months ago, Occupy Wall Street was an endangered species. Now, it?s safe to say, OWS is extinct, and for the betterment of our country.

The beautiful Sofia Vergara has been getting more attention than usual lately because of photographs that surfaced of her body painting with her friend, Spanish-American artist Domingo Zapata. Because of the planned nature of the photo shoot, she'll be able to avoid the embarrassment that's plagued the Duchess of Cambridge since the eruption of the Kate Middleton topless-photo scandal.

Vietnam Targets Bloggers, But Voices Of Dissent Won't Pipe Down

The Communist Party of Vietnam has vowed to target any blogs and websites that are "anti-party" or "anti-state," but government critics have responded with defiance.

Apple has confirmed that it will start taking online pre-orders of the new iPhone 5 at exactly 12:01 a.m. PT (3:01 a.m. ET) Sept. 14. When it comes to carriers, Sprint and AT&T customers can pre-order the handset at the same time while Verizon will reportedly open its online shop a minute earlier at 12 a.m. PT.

The nation was outraged when NBC's "Today" show chose to air a live interview with Kardashian clan matriarch Kris Jenner Tuesday morning as other networks observed a moment of silence in memory of 9/11. Now the reality star is absolving herself of all blame and is reportedly "furious" at NBC.

Joaquin Phoenix Wows In ‘The Master’: A Timeline Of His Personal And Professional Ups and Downs

Joaquin Phoenix is set to make a career comeback in Paul Thomas Anderson's controversial new film "The Master." The film is believed to be based the rise of Scientology.

Starting March 12, food businesses regulated by the city will not be able to sell many sugary drinks in containers larger than 16 ounces. 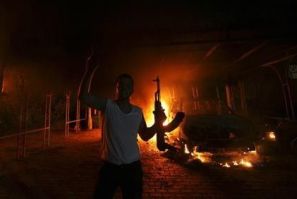 WIll The Libyan Attacks Make The U.S. Leery Of Intervening In Syria?

The Middle East is looking increasingly unsteady with the attacks in Libya and the protests in Egypt, which may further deter the U.S. from eventually intervening in Syria. 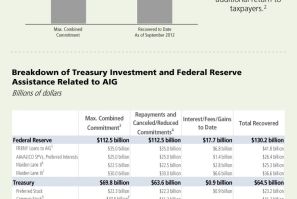 The U.S. government went into a full-throated propaganda offensive Tuesday in an effort to show that the highly controversial 2008 bailouts of American International Group, Inc. (NYSE: AIG) were profitable. 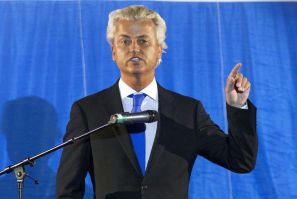 Far-right Dutch politician and leader of the ultra-conservative Freedom Party (PVV) Geert Wilders formerly established his party in parliament on a platform of Islamophobic anti-immigration, and now seeks to turn nationalist sentiment against the eurozone amid frustrations with debt-laden countries like Greece, Italy and Spain. Poll indicate his party will lose seats this election, but it has defied expectations in the past. 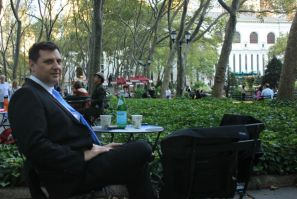 I Had One Bad Day: One Man's Memories Of The World Trade Center Towers Coming Down On Top Of Him

William Wright, now 46, recalls the day eleven years ago when the World Trade Center collapsed on top of him and five of his co-workers. 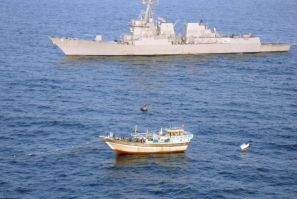