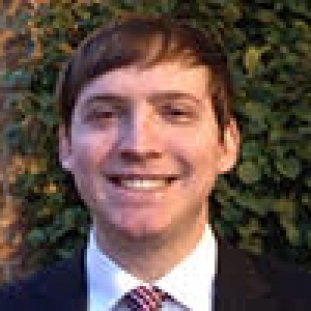 Marco Rubio and his allies spent $8.4 million in Florida but lost to Donald Trump. Bernie Sanders also had an expensive week with not much to show for it.

Bills in several states would end a lucrative tax benefit for financial execs. But the efforts could be blocked by big-money interests -- and governors like Bruce Rauner of Illinois.

The Democratic candidate has depicted her vote to help the financial industry as proof she supported auto workers.

Following a U.N. sanctions vote, the country has threatened nuclear strikes against the U.S. and South Korea.

She led Democrats’ criticism of a Bush aide who promoted moving jobs overseas — then she touted it herself.

As a senator, Hillary Clinton voted against banning a chemical linked to a nationwide water pollution crisis.

Trump’s Tax Returns: The Last Hope For His Opponents?

As Donald Trump gains momentum after seven wins, the mogul’s opponents hope there’s a bombshell in his unreleased tax returns.

The Clinton campaign is ready to take advantage of the DNC's decision to end its ban on contributions from federal lobbyists.

The New Jersey governor, a former U.S. attorney, could have helped expose Trump’s record in the state. Now he’s positioned to help keep it under wraps.

The Democratic candidate is touting her jobs record, despite her ties to a company and trade policies blamed for offshoring.

Under pressure to release transcripts of her speeches to Wall Street firms, Clinton says she will — if rivals will.

Major donors who supported the two governors, now out of the race, are top fundraising prospects for other Republican candidates.

A letter questioning the candidate's economic proposal was signed by a Morgan Stanley director and “hedge funds’ secret weapon.”

The Vermont senator has returned corporate PAC donations but accepted PAC funds from business groups with interests before Congress.

During Saturday’s faceoff in South Carolina, Jeb Bush defended his plan to raise the capital gains tax, while Ben Carson said regulators do too much.

A GOP pledge to block President Obama from nominating a successor to Justice Scalia could have a huge impact on 2016 and beyond.

Bernie Sanders wants his Democratic rival to join him in backing an Obama campaign finance policy, but so far Clinton has been mum.

The Democrat said “we don’t coordinate with” a super PAC for which she has reportedly raised money.

The endorsement decision was made without input from the membership of the Congressional Black Caucus, a prominent lawmaker says.

The Democrat's campaign is set to hold fundraisers with corporate officials whose industries will be affected by the next president's policies.

The Republican's $1,150 per vote far exceeded the total of any other candidate in the New Hampshire primary.