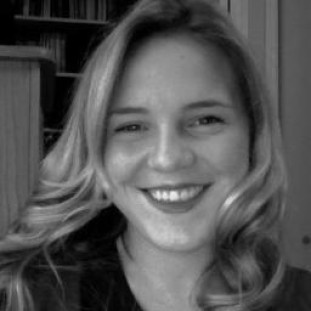 From toys they'll play with long after the holidays are over to gifts that also double as presents for parents, here's your children's gift guide for 2022.

‘Big Brother’ 2022 Spoilers: Who Is Getting Evicted First? [Spoiler] Is Clear Target

Find out which houseguests are on the chopping block in week one and who is most likely to be sent home on Thursday.

The former “19 Kids and Counting” reality star has been located from a prison in his home state of Arkansas to another facility out of state.

With just four days to go until Father's Day, it's time to settle on a gift for dad, and for those that struggle with gift-giving, we've got over 20 unique ideas for you that any father is sure to love.

Mother’s Day Gift Guide 2022: Over 30 Unique Ideas To Buy Your Mom Or Wife

From moms with young children to the perpetual homebody, we have a gift idea for every woman this Mother's Day.

Valentine’s Day Gifts For Her: Over 20 Unique Ideas For All The Women In Your Life

From roses that last an entire year to a fun party game, there's an idea for every female on your Valentine's Day shopping list.

12 Unique Christmas Gift Ideas For Absolutely Everyone On Your List

Have someone on your list that wants "nothing" for Christmas? We've got gift ideas for you.

Toys, figures, books, and more gift ideas for little ones.

"Unless he’s got a butt like a duck and can float, he’s not in there."

Brian Laundrie is said to have left his Florida home without two important items.

Find out which "The Challenge" competitors will make it to the finals this season.

The castaways will “face a faster, more intense and more dangerous season than ever before” in "Survivor" 41.

Gabby Petito Case Update: Cause Of Death May Be ‘More Challenging’ To Determine Than Normal Autopsy

"Given the length of time, I just worried that everything's going to not look like it's supposed to be."

Find out who is up for eviction heading into finale night on "Big Brother."

Find out who will likely be eliminated on Thursday's live double eviction.

“Everybody's assuming the worst and thinking he's guilty of this. But I don't want to believe that.”

The Cookout will see of its members eliminated on Thursday.

The new HOH already has two targets for eviction in mind heading into week 10 of "Big Brother" 23.

Find out which houseguests are in danger heading into "BB23" double eviction night.

‘Big Brother’ 2021 Spoilers: Who Won The Coin Of Destiny And Who Is Going Home Next?

A new Head of Household has been secretly crowned in the "Big Brother" house.

Matt’s ‘The Bachelor’ Winner Was Always Rachael: 10 Signs From Night One To The Finale

From their first meeting to their fantasy suite date, there have been several signs Rachael was destined to win Matt over on "The Bachelor."

‘The Bachelor’ 2021 Spoilers: Why Matt Won't Get Back Together With Rachael After The Finale

Matt James will fail to go on his final date with Rachael on "The Bachelor."

‘The Bachelor’ 2021 Spoilers: Matt’s Final 3 In Order Of Elimination After ‘Women Tell All’

Find out how Matt James narrows down his cast of women to his final two.

‘The Bachelor’ Matt James Gave Rachael A Promise Ring: Inside Their Breakup

Find out what went down on Matt's "The Bachelor" finale and when he and his winner parted ways.

‘The Bachelor’ 2021 Spoilers: Are Matt And Rachael Still Together After Scandal?

Rachael Kirkconnell found herself embroiled in a scandal after appearing on "The Bachelor," but has it affected her relationship with Matt?

‘The Bachelor’ 2021 Spoilers: Who Does Matt Eliminate During Hometowns? His Final 3

Matt will take a leap of faith with Rachael during hometowns week.

Find out which of Matt's contestants gets the boot before hometowns.

‘The Bachelor’ 2021 Spoilers: Who Gets Eliminated In Episode 7’s Two Rose Ceremonies?

Matt will have to make some "difficult decisions" on the next "The Bachelor" episode.

Global commodities markets were hit on Monday by worries over rare demonstrations in China against COVID-19 curbs, with oil and grains hitting significant multi-month lows and safe-haven gold rising.

Who's Next? Chinese EVs Drive Stellantis' Jeep Off The Road

An avowed white supremacist pleaded guilty on Monday to first-degree murder and other state charges in a mass shooting in May that killed 10 people at a supermarket in a predominantly Black neighborhood of Buffalo, New York, prosecutors said.

15 Celebrities Without Children: Famous Stars Who Don't Want To Have Kids

Celebrities who choose not to have children are breaking preconceptions by speaking about it, standing their ground, and letting the world know that it is OK.