Hideo Kojima described the concept art he posted earlier this year as "fragments of new ideas" and said it was not necessarily a hint that "Death Stranding 2" is in the works.

The COVID-19 pandemic has forced Ubisoft to push the releases of "Far Cry 6" and "Rainbow Six: Quarantine" into the next fiscal year, running April 2021 to March 2022.

Xbox has revealed four titles that can be downloaded for free with an Xbox Live Gold subscription starting next month: "Aragami: Shadow Edition," "Swimsanity," "Full Spectrum Warrior" and "Lego...

Sony may not have given up on virtual reality, but PlayStation's Jim Ryan doesn't see it having a big impact on gaming any time soon.

"The W" allows players to create their own WNBA player and place the character on any of the 12 WNBA franchises.

'Genshin Impact' Made $245M In Its First Month On Mobile Alone, Report Says

The first month numbers for "Genshin Impact" on mobile platforms have been impressive, with the game having already made $245 million, according to a report.

Third-party titles were the focus of what is supposed to be the final Nintendo Direct Mini of the year.

The Xbox Series X and Xbox Series S are going to be out of stock for "a few months" after their launch in November, according to Microsoft executive Phil Spencer.

A cleaner and more organized PlayStation App has been launched by Sony and it will allow players to do more with the upcoming PlayStation 5.

PlayStation 5 buyers with PlayStation Plus membership will have immediate access to 20 PlayStation 4 games from the service.

The release of the highly-anticipated action role-playing game "Cyberpunk 2077" has been pushed back for the third time.

"FIFA 21" and "Madden NFL 21" are launching on the Xbox Series X and PlayStation 5 in early December.

Netflix is looking to build an "Assassin's Creed" television universe starting with a live-action adaptation. The series is currently looking for a showrunner.

'Fortnite' And Marvel To Continue Collaboration Past Nexus War

Donald Mustard, an executive at Epic Games, said Season 4 of "Fortnite" is "just the start" of their collaboration with Marvel.

The people behind "Prince of Persia: The Sands of Time Remake" have revealed its release date, price, as well as other details about the game.

Baby Yoda is set to appear in "Star Wars: Squadrons" as part of the Mandalorian Supply Drop.

British developer Lucid Games has moved the launch date of "Destruction AllStars" from November 2020 to February 2021. 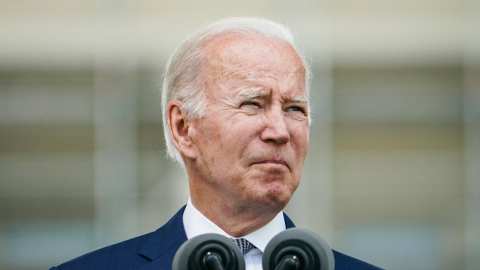 Tesla Inc CEO Elon Musk may have denounced business use of environmental, social and governance (ESG) factors as a "scam" last week but one sustainable investing pioneer thinks the electric...

'We Have The Wagyu'? Arby's Ventures Into High-Grade Beef Burger Amid Industry Competition

Arby's is offering its Wagyu Steakhouse Burger in attempt to stand out among competition in the fast-food industry.

With Biden Taiwan Warning, US 'Ambiguity' Gets Little Clearer

How Americans View The State Of The Pandemic

Half of U.S. Americans believe the pandemic will never end but also report that their lives have somewhat returned to normal even though cases are rising throughout the country.