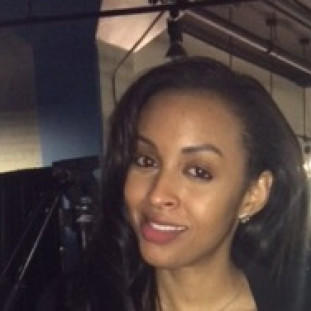 Cortney is a writer from New York City.

Prince Harry and Meghan Markle addressed why they left the royal family amid backlash over their Netflix documentary.

Lori Vallow and Chad Daybell's requests to get their murder trial date moved has been denied by a judge in Idaho.

'General Hospital' Spoilers: Will Spencer Believe He Lost His Chance With Trina?

Trina and Rory's relationship milestone may cause Spencer to lose hope about his chances with Trina on "General Hospital."

A Virginia superintendent was fired after an investigation revealed he lied about a sexual assault involving a student.

'General Hospital' Spoilers: Will Nikolas Be Able To Hide Esme's Pregnancy From Spencer?

When Spencer returns from Pentonville, Nikolas must figure out how to cover up Esme's pregnancy on "General Hospital."

The Saturday night jackpot will climb to $116 million after the Wednesday drawing produced no grand prize winners.

Jennifer Lawrence inaccurately credited "The Hunger Games" movie for making her the first female lead in an action movie.

Some "The Voice" viewers were furious after fan favorite contestants were eliminated in the semifinals.

'General Hospital' Spoilers: Will Finn Suspect Nikolas Is Hiding The Truth About Esme?

Finn's surprise visit to Nikolas could expose his and Elizabeth's plan to hide Esme's pregnancy on "General Hospital."

There were no grand-prize winners in Tuesday's Mega Millions drawing, raising Friday's jackpot to $379M.

Gwen Stefani Gets Emotional About Blake Shelton's 'The Voice' Exit, 'It Sucks'

The Wednesday night jackpot will climb to $100 million after the Monday drawing produced no grand prize winners.

What Happened To Shania Twain? Singer Accuses Stepfather Of Sexual And Physical Abuse

'General Hospital' Spoilers: Will Michael Convince Willow To Tell Others About Her Cancer?

Is 'SNL' Live Tonight? Next Host And Musical Guest Revealed

Find out who is hosting and performing on the next episode of "Saturday Night Live" on NBC.

Kanye West allegedly accused Kim Kardashian of having an affair with Chris Paul to deflect amid his comments about Hitler.

'General Hospital' Spoilers: Will Nina, Carly Save Willow After Her Latest Medical Emergency?

Andrew Shue deleted photos of his wife Amy Robach from Instagram after photos confirmed her relationship with T.J. Holmes.

The Saturday night jackpot will climb to $81 million after the Wednesday drawing produced no grand prize winners.

'General Hospital' Spoilers: Will Robert Save Holly From Dying After The Explosion?

Holly's plan to steal the ice princess necklace for Victor may have deadly consequences on "General Hospital."

There were no winners for the $305M jackpot in Tuesday's Mega Millions drawing, raising Friday's jackpot to $333M.

Rockefeller Center Christmas Tree Lighting 2022: When And How To View The Live Show

The 90th annual "Christmas in Rockefeller Center" holiday event is scheduled to air on Wednesday, Nov. 30.

Actor Will Smith opened up about the "horrific night" when he slapped comedian Chris Rock at the Oscars.

Nobel Peace Prize Ceremony, A Call To Arms For Ukraine

Nobel Peace Prize ceremony, a call to arms for Ukraine

US And Russia Again Make Deal But Broader Diplomacy On Ice

FTX's Sam Bankman-Fried is set to testify before a U.S.

The post-midterm opinion poll showed that GOP support is shifting to Florida Gov. Ron DeSantis after he won his re-election bid by a landslide.

30 Unique Gift Ideas For Every Budget

From a grocery delivery subscription to a luxurious bedding set, there is a gift idea for everyone in this guide.

Will Spencer Give Up On Trina On 'General Hospital'?

Trina and Rory's relationship milestone may cause Spencer to lose hope about his chances with Trina on "General Hospital."

New Movies To Watch On Netflix, Prime Video And In Theaters

Watch The 'Most Colorful Time Of The Year' Trailer