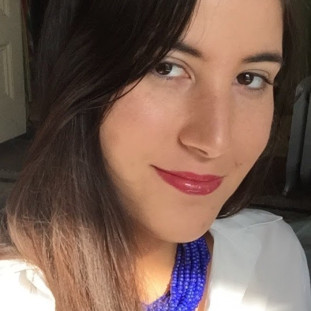 We speculate about the meaning of Trump's (rare) Twitter silences.

What Is Camembert? Why Google Doodle Is Celebrating Cheese

The Google Doodle observes the birthday of Marie Harel, the woman who invented Camembert.

United has said it is still investigating what might have happened to a giant rabbit that died after a United Airlines flight.

How To Book A Reservation At Taco Bell's Test Kitchen

The Mexican fast food chain has partnered with OpenTable to offer an elevated dining experience at its test kitchen.

'The Simpsons' Episode On Trump’s First 100 Days: How To Watch The Cartoon Online

The popular satiric cartoon takes on Trump's First 100 Days in office with a brand-new episode.

Why Did Rabbit Die On United Airlines Plane? PETA Responds To Bunny's Death

Best Things To Do For Spring: 10 Top U.S. Tourist Attractions, According To TripAdvisor Report

According to a seasonal travel trends report, these were the top 10 tourist destinations in the U.S. for spring.

Do Unicorns Exist In Real Life? Ram With Single Horn Discovered In Iceland

A ram in Iceland found with a single, large horn, has made headlines for his uncanny resemblance to the mythical creature.

Simon the rabbit, slated to be the world's largest bunny in the world, died on a United Airlines flight from the U.K.

The Philippine president is known for his ominous warnings -- and Duterte has a message for terrorists.

The FDA published Frito-Lay’s voluntary recall Friday after the snack foods posed a potential salmonella threat found in its seasoning.

Thousands participated in a memorial march at Auschwitz in Poland to commemorate Holocaust Remembrance Day.

The Battle of Liberty Place monument was taken down by enforcement and will be relocated.

How Floyd Mayweather Spends His Money: A Look At The Fighter’s Life In Numbers

The legendary fighter was said to have received $100 million per fight and earned $300 million in one year. Here's how Floyd "Money" Mayweather spends the cash.

William Shakespeare's Birthday: 10 Fast Facts About The Poet And Playwright

Although his actual birthdate has never been confirmed, it is said that Shakespeare was born -- and died -- on April 23.

Trumps' Love Life: What Melania And Donald's Body Language Says About Their Marriage

From a helpful nudge to keeping their distance, the first couple prompts public analysis when it comes to their body language.

Earth Day Activities In NYC: 10 Things To Do This Weekend

Your guide to events, marches and festivals for Earth Day in New York City.

Is Rat Bite Fever Deadly? Petco Found ‘Not Negligent’ In Death Of Child

After a young boy died from an infection he developed from a rat bite, Petco was found not liable by the jury in a lawsuit against the pet store.

Prince Net Worth: Who Gets Money Made By 'Purple Rain' Singer?

Exactly one year after the late singer's death, here is what we know about Prince's net worth and estate.

How Old Will The Queen Be? Why Elizabeth Has Two Birthdays

The queen celebrates her 91st birthday today -- the first one, at least.

It tasted like an assault on my taste buds.

Kate Middleton On Motherhood And Isolation

The younger generation of British royals is vocalizing their personal struggles and experiences. Kate Middleton recently opened up about how "lonely" motherhood could be.

A Stanford University School of Medicine study conducted with mice offers clues into a possible treatment method for dementia.

Meghan Markle is learning the ins and outs of royal protocol and has apparently received the stamp of approval from the royal family.

Here are 10 of the most comical memes to surface after Bill O'Reilly was ousted at Fox News.

What To Eat For Breakfast First Thing In The Morning: It's Fatty!

Nutritionists offers advice on what you should actually be consuming for 'the most important meal of the day.'

Bill O’Reilly Net Worth: What Fox News Host Could Lose If He’s Fired

Despite multiple sexual harassment allegations brought against Bill O'Reilly, he could still walk away with a substantial sum of money when he departs.

Rihanna's highly anticipated new Fenty x Puma pop-up took Los Angeles by storm -- and will only be open through Wendesday.

The European Union wants a deal quickly with the United States to resolve a dispute over U.S.