Miles faces off with criminal financiers and a Hollywood power-broker in Season 2 of the Epix series.

Season 3 of the Fox buddy cop series will premiere this September.

‘Ghosted’ Canceled By Fox After One Season

The Adam Scott and Craig Robinson comedy has been canceled after one season.

‘The Flash’ Wins Another Saturn Award

The CW has scored another Saturn Award Wednesday night.

Darius wants things between him and Grace to be normal again in the next episode of the CBS series.

‘Succession’: What Will Happen In Season 1, Episode 5? [VIDEO]

Kendall attempts to oppose Logan’s recent business plan in this Sunday’s episode of the HBO drama.

‘Salvation’: What Will Happen In Season 2, Episode 2? [VIDEO]

The next episode of the CBS series will introduce a new scientist who may hold the key to Earth’s future.

Sherlock and his father Morland try to fix their strained relationship in the next episode of the CBS series.

“Black Lightning” main cast members are back at work on the set of the CW series.

Desna treats Matilde to a spa day in this Sunday’s episode of the TNT series.

Thomas Q. Jones will guest star in this week’s Season 2, episode 6 of the NBC comedy.

‘Elementary’: Is Marcus Going To Get Promoted Soon?

Executive producer Rob Doherty said that certain opportunities at work will soon arise for Marcus in Season 6 of the CBS series.

The CW series is casting a number of new characters for Season 2.

‘Reverie’: What Will Happen In Season 1, Episode 5? [VIDEOS]

Mara is asked to help identify a bomber in the next episode of the NBC sci-fi drama.

Jennifer Finnigan teased what fans can expect from Grace and Darius’ relationship in Season 2 of the CBS series.

Alfredo asks Sherlock’s help in committing a felonious act in the next episode of the CBS series.

Desna and Dr. Ruval go on a lunch date with his mom, Matilde, in this week’s episode of the TNT series.

A New York Times article exposes the Bureau Underground to the public in this Sunday’s episode of the Fox comedy.

D’Arcy Carden opens up about what it’s like to film a scene with her co-star Ted Danson. 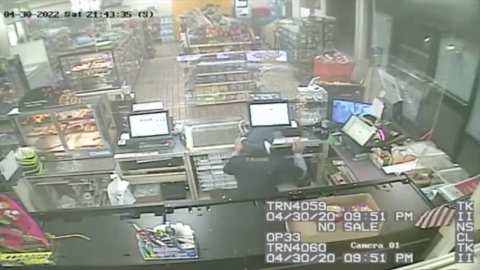