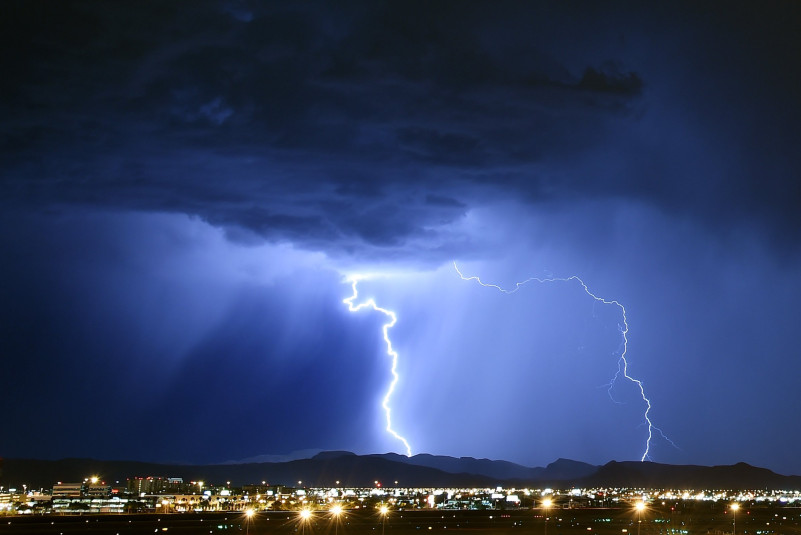 Heavy rain and strong winds were forecast for Alabama, Mississippi, Georgia and Florida heading into the weekend.

Social media users in Carrollton and Coppell in Texas posted photos and videos of the giant hailstones that were falling in the region.

‘Clash Of Clans’’ Builder Base update is just a week old, and one of its most controversial features is a three-match loot limit. Unfortunately, Supercell says it’s here to stay.

Moscow's Deadliest Storm In 100 Years Kills Over A Dozen, More Than 100 Injured [PHOTOS]

The capital city of Russia was hit by a severe thunderstorm Monday with more than a dozen reportedly killed and over 100 people hospitalized, health officials said.

‘Clash Of Clans’ got its huge Builder Base update this week, but Supercell is already teasing future features beyond the patch. Whether you like Versus Battle or not, there’s a lot to look forward to.

‘Clash Of Clans’’ Builder Base update has arrived, but fans aren’t happy with the loot limit in Versus Battles mode. Over the last few hours, Supercell has explained why the feature exists and offered an alternative.

Clash Royale and Clash of Clans maker, Supercell just invested a heavy chunk of change in Space Ape game development studio. Find out what is ahead for the partnership, here.

‘Clash Of Clans’ Builder Base Update Released - Versus Battles, Gem Mine & New Hero

‘Clash Of Clans’’ May 2017 update is here, and it’s called the Builder Base. It brings a new game mode a Gem Mine and a whole lot more. Read the full patch notes here.

‘Clash Of Clans’ is getting new balance changes alongside May’s big update, and Supercell has revealed what players can expect. If you’ve ever wished high-level spells were more effective, you’re going to love what’s coming next.

‘Clash Of Clans’ Update To Get Vs Battle Mode, Not Releasing This Week Supercell Says

‘Clash Of Clans’’ next update is officially getting a new mode called Versus Battles, but we don’t know much about it. Unfortunately, however, the patch won’t be releasing this week. More details here.

‘Clash Of Clans’ is getting an update soon, so Supercell released another vague teaser to quench the thirst of fans. We also have an update on when the patch may be released.

‘Clash Of Clans’’ next big update is coming soon, and a recently leaked achievement could have ties to a new game mode. In the absence of sneak peeks, what is Supercell teasing here?

‘Clash Of Clans’ players can’t wait for the game’s next update, so we’ve got some trailer leaks to keep you interested. Hints about the next four teasers could reveal a feature or two.

‘Clash Of Clans’ Next Update Not Getting Sneak Peeks: Release Incoming?

‘Clash Of Clans’ next update is almost here, but don’t expect any sneak peeks. With no advance previews, might its release be soon?

‘Clash Of Clans’ next update has a new English teaser trailer, and it confirms the arrival of the long-rumored Shipwreck feature. What’s on the other side of the ocean? We’ve got a few ideas.

‘Clash Of Clans’ update leaks keep coming, and the latest one arrives from Japan. Something’s being teased on the other side of the sea, and your troops need a ship to get there.

‘Clash Of Clans’ next update will be released in the reasonably near future, as Supercell confirms the patch is being polished. Those hoping for sneak peeks will have to wait, though.

‘Clash Of Clans’ is getting a substantial update sometime in the near future, and eagle-eyed forum browsers may have discovered one of its headline features. What are Clan Villages, and how do they work?

A much-anticipated Heal Spell is coming to Clash Royale with reviving stats that could change the whole game. Find out about the new card release date, draft challenge rules and more.

‘Clash Of Clans’ Next Update Is Huge But Not Ready For Sneak Peeks, Supercell Says

‘Clash Of Clans’ players may have been expecting a substantial update at the end of this month, but it appears that won’t be happening. Supercell has teased something big for the future, though.

‘Clash Royale’ is getting a balance update Wednesday, and Supercell has detailed its changes. Want to know which cards are getting buffed or nerfed over the next few hours? We’ve got you covered.

‘Clash Royale’s’ Clan Chest feature was more popular than Supercell assumed, so it’s now a little harder to get one. See what else has changed in a recent mini-update for the game.

Looking for the best decks for winning Clash Royale's Retro Royale Challenge? Check out our collection of 6-0 decks, here.

'Boom Beach' Heroes Guide: How To Get Hero Tokens, Trader Tickets, Level Heroes Up And More

Clash Royale’s March update brings new cards, leagues, arenas and more. Check out all the new cards, including two legendries coming to the game, plus other update details.

Clash Royale card balance changes are coming to the arena March 13. Check out every nerf, buff and card tweak expected in Supercell’s next update

Clash Royale is getting a new 2V2 team or clan battle game mode! Check out all the details of how the four player battles will work, rewards earned and more.

‘Clash Of Clans’ has a new update for March 2017, and it brings new troop levels and balance changes to the game. Learn what’s next for defenses, Hog Riders and more.

‘Clash Of Clans’ YouTubers Say Sizable Update Coming, But Where Are The Sneak Peeks?

‘Clash Of Clans’ hasn’t been updated yet in 2017, but the game’s streaming community has begun teasing “sizeable” changes for the future. Devoid of sneak peeks, get the latest news here.

‘Clash Royale’ may be getting a Team Battle mode in its next big update, according to Easter eggs discovered by the game’s fans. Check out the full evidence here!
About Supercell