Nintendo Switch On Pace To Outsell Xbox One, Report Says

The Nintendo Switch continues to put up impressive sales numbers and is now on pace to outsell the Xbox One in the U.S. despite being three years newer.

Snoop Dogg shared on Instagram his fridge that comes in the shape of the Xbox Series X. The rapper has since deleted the video from his page.

Streaming sticks for xCloud gaming might be possible in the future, according to Microsoft's Phil Spencer.

An unboxing video of the DualSense controller for the PlayStation 5 shows it isn't just compatible with the new Sony console.

A few streaming apps will be available for the PlayStation 5 when the console launches this November.

Atari is returning to consoles this November with the launch of the Atari VCS.

"Minecraft" players will all be required to have Microsoft accounts to continue to play the game beginning next year.

Tom Holland, the star of the "Uncharted" movie adaptation, has shared the first photo from the set of the film.

'Fortnite' Virtual Halloween Concert To Be Headlined By J Balvin

Mario's brother, Luigi, has been discovered as a playable character in "Super Mario Bros. 35."

Yoda appeared in the new trailer for “Star Wars: Tales from the Galaxy’s Edge,” which hits Oculus Quest on Nov. 19.

The Ubisoft Connect ecosystem is the company's attempt at bringing its players together regardless of the platform they use.

Epic Games has reduced the file size of "Fortnite" on PC by a little more than 60 GB.

A few supporting characters for "Spider-Man: Miles Morales" have been revealed ahead of the game's release on Nov. 12.

‘The Haunting Of Verdansk’: Everything To Know About 'COD' Halloween Event

'Halo: The Master Chief Collection' Will Be Optimized For Xbox Series X

An optimized version of "Halo: The Master Chief Collection" is coming to Xbox Series X and Xbox Series S one week after the launch of the consoles.

"Pac-Man Mega Tunnel Battle" is a battle royale title that will allow up to 64 people to play as Pac-Man. The game is coming to Google Stadia in November. 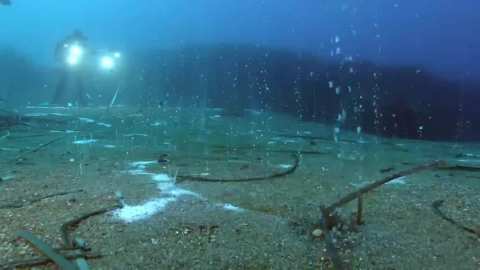 United Airlines pilots will get more than 14% in pay raises in 18 months, and paid maternity leave under a new deal negotiated with the company, demonstrating the bargaining power aviators are...

When Russia turns off the gas through the Nord Stream 1 pipeline for maintenance in July, Europe is starting to worry that it won't turn it back on again.

US Supreme Court Strikes Down Right To Abortion

The Great Consumer Trading Down: What It Means For Retailers And Investors

As high inflation turns from a transient to a permanent part of life, American consumers are more cautious as to how much money they spend and where they spend it.

The U.S. Supreme Court on Thursday struck down as unconstitutional New York state's limits on carrying concealed handguns in public, handing a landmark victory to gun rights advocates in a nation...

The U.S. Senate is poised on Thursday for a vote to advance a bipartisan gun control bill that supporters hope will help curb the mass shootings that have rocked the country, in what could be the...